The Concierto de Aranjuez is the Spanish composition most played around the world. Now, we have the privilege of hearing this work in the same place where it was first performed.

The Concierto de Aranjuez is the most famous work by the Valencian composer Joaquín Rodrigo and also the Spanish composition most played around the world. Its famous Adagio has been performed and arranged by hundreds of artists from very different backgrounds and with very diverse styles.

This was the first concerto for guitar and orchestra in music history, with a solo part requiring a high degree of virtuosity. The sound of the guitar takes centre stage at all times and establishes a successful dialogue with the other instruments in the orchestra.

The world premiere of the Concierto de Aranjuez took place on 9 November 1940 at the Palau de la Música Catalana in Barcelona. Now, we have the privilege of hearing this work in the same place where it was first performed, this time at the hands of Pablo Sainz Villegas, one of the greatest exponents of the Spanish classical guitar today, and the Cadaqués Orchestra, which recorded the work in 1991 with Paco de Lucía on guitar to make an album that went on to sell hundreds of thousands of copies.

The programme is completed by Tres paisatges Ibèrics (Three Iberian Landscapes), by Isaac Albéniz and arranged by Albert Guinovart, and F. Mendelssohn’s Symphony no. 3 "Scottish".

Listen to the concert repertoire 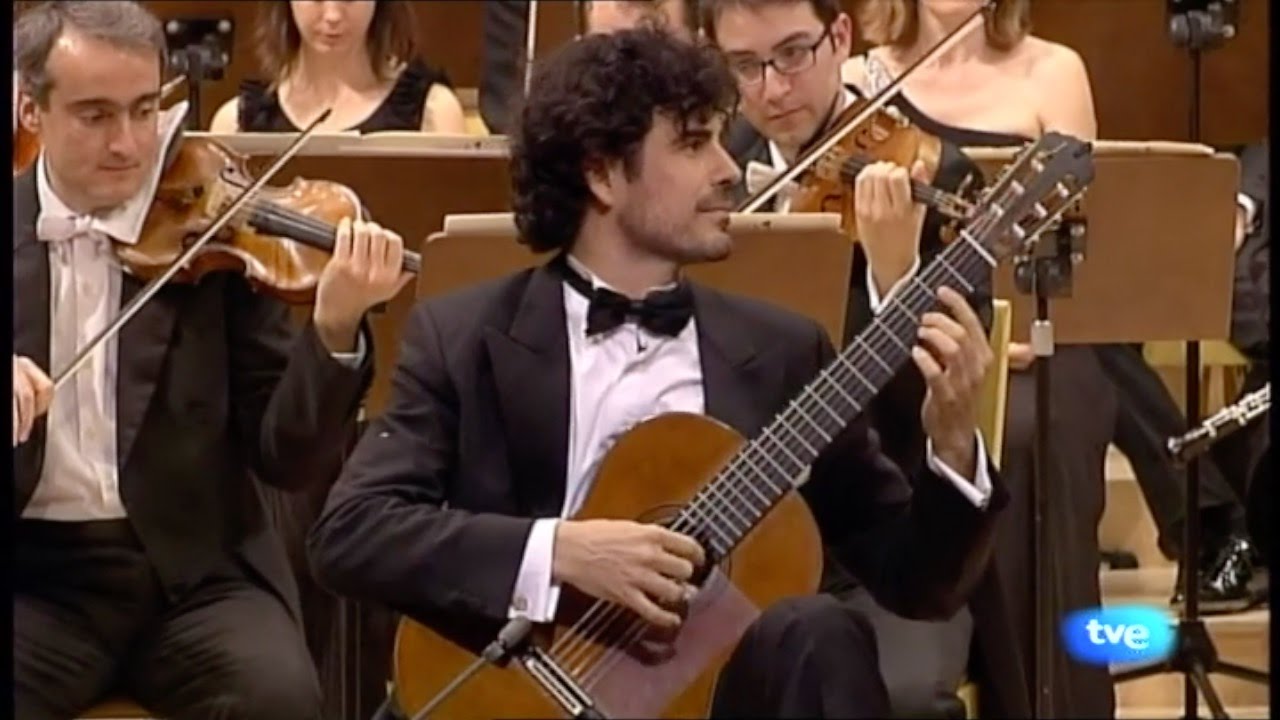