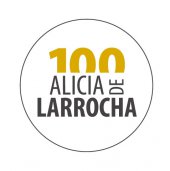 Claude Debussy: Prelude to the Afternoon of a Faun

Maurice Ravel: Concerto for Piano and Orchestra in G major

Ravel's colourful Concerto for Piano and Orchestra in G Major was written between 1929 and 1931. It displays a rich variety of musical influences and inspirations ranging from Mozart – since Ravel claimed to have been inspired by the Salzburg composer’s Quintet for Clarinet and String Quartet to write his Adagio assai – to American jazz and George Gershwin, not to forget the Basque influence. Denis Kozhukhin, one of the most outstanding pianists on the international scene, will bring out all the brilliance of this memorable, dreamlike score, alongside the Frankfurt Radio Symphony Orchestra conducted by Alain Altinoglu.

The concert will open with Debussy's Prelude to the Afternoon of a Faun, one of the most representative examples of musical impressionism. The work was inspired by a poem written by Mallarmé that describes the reveries of a faun who revels in his dreams, reflections and memories of the love after pursuing nymphs and naiads. The author later affirmed the following about his friend's score: “It really goes much further, into nostalgia and into light, with finesse.”

The second part proposes another legendary page of musical history. We will immerse ourselves in the magical world of the mosques, the turbans, the genies and the marvellous lamps of “One Thousand and One Nights”, a collection of stories from the Middle Ages that inspired Nikolai Rimsky Korsakov to write Scheherazade.